Christians believe that as wonderful as Jesus’ life and teachings were, they are meaningless if they’re not historically true.

In fact, the apostle Paul said that if the resurrection did not actually happen, if it did not take place, the Christian faith is worthless. Because of this, many a scholar over the years, have set out to prove that the resurrection never really happened, knowing that if they were to do so, it would demolish Christianity. But no one has been able to do it. In fact, there are any number of scholars who have written books on the subject, who surprisingly set out with that very objective—to prove Christianity a fraud—but in the process became Christians. Josh McDowell, Lee Strobel, Frank Morrison, to mention but a few.

If the resurrection did not actually happen, the Christian faith is worthless

For centuries, scholars have approached the Bible as they would any other ancient historical text. They ask the right questions that any historian would ask. Did this event really take place? Did it happen as described? What are the sources and are they reliable? What primary evidence is available? And these are all legitimate questions. 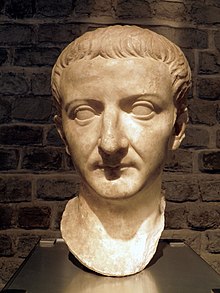 These are questions I began to think about almost thirty years ago when I stumbled upon a history book on ancient Rome. It was at a used book sale, and as I was browsing around I found an old textbook on Roman history. I bought it and took it home and found there was a section on Tiberius Caesar. The book said he was emperor from 14 or 15 A.D. to 37 A.D.
I went to the Bible and looked up the verse because I knew the name Tiberius Caesar was there. And there I found Tiberius Caesar mentioned at the time Jesus was starting his public ministry, around 30 A.D., the time at which Tiberius would have been emperor for about fifteen years. And Luke, who was the historian seeking to give the date of the events he was describing, begins with these words, “Now it was in the fifteenth year in the reign of Tiberius Caesar. (Luke 3:1) Up until that time, I had never thought much about the Bible being in harmony with secular history. But this discovery startled me and it created a real curiosity in my life which led me to seek more about the Bible’s historical origins.

So much of the Bible involves spiritual truth. It’s not just a history book. So, for instance, when we read a parable, we’re not wondering if this really happened, but rather, what is the spiritual lesson embedded in the story. On the other hand, when I read in Luke 3 that Pontius Pilate was the governor of Judea and that Herod was tetrarch of Galilee, I expect a high degree of historical accuracy from the Biblical text.

Luke’s approach was to investigate and confirm the truth

“In as much as many have undertaken to compile an account of the things accomplished among us, just as they were handed down to us by those who from the beginning were eyewitnesses and servants of the word, it seemed fitting for me as well, having investigated everything from the beginning, to write it out for you in consecutive order, most excellent Theophilus, so that you may know the exact truth about the things that you have been taught.”

Luke’s approach was to investigate and confirm the truth, which is at the heart of historical inquiry. He was seeking to investigate everything carefully and to present it in consecutive order as it happened. Now, we’re not certain who Theophilus was. Most think he was a wealthy Roman Christian, most likely a benefactor who supported Luke in his work as a historian, particularly as Luke accompanied Paul on his missionary journeys that you read about in the book of Acts.

But what strikes me are the words in verse 4, “that you may know the exact truth.”

It seems those who wrote the historical books of the New Testament, particularly the four Gospels and the book of Acts, were interested in history. They saw their responsibility to describe real people and real events. They clearly were concerned with accuracy, and, therefore, were very precise in their detail. Furthermore, in the Gospels, three of the writers, Matthew, Mark, and John were eyewitnesses to Jesus and to his ministry and to his resurrection. As the apostle Peter says in II Peter 1:16, “For we did not follow cleverly devised tales when we made known to you the power and coming of our Lord Jesus Christ, but we were eyewitnesses of his majesty.”

The conversation that continued to haunt C.S. Lewis

I was struck by the importance of historical proof when I read about an event in the life of C.S. Lewis that he said had a “shattering impact” on him. This event occurred one night, when one of the more militant atheists on the Oxford faculty staff, a man by the name of T. D. Weldon, came into his room and confided that he believed the historical authenticity of the Gospels appeared to be surprisingly sound. This conversation deeply disturbed Lewis. He reasoned that if such a staunch atheist as Weldon thinks the Gospels may be true, where does that leave him? Lewis, you see, had always believed the New Testament stories to be nothing more than mere myths; there wasn’t a shred of history or practical truth in them.

He began to reason that if the Gospel stories are, in fact, true, then this would mean all other truth would have to fade into insignificance. For the first time, he says, he began to wonder if his whole life was headed in the wrong direction. Weldon’s remarks about the historical authenticity of the Gospels wouldn’t let him rest, as the conversation echoed in his memory and continued to haunt him. So Lewis, a determined seeker of truth, began an investigation. He decided to carefully read the entire New Testament in the original Greek. And as he read through the text, he was surprised at what he found.

Lewis, a professor of English literature at Oxford, had spent his entire professional life studying ancient manuscripts. And though, up to that time, he had never seriously read the Bible, he nonetheless considered it to be one of the world’s great myths, like Norse mythology. The Gospels, Lewis noted, didn’t contain the rich, imaginative writing techniques of most ancient writings. With a literary critic’s ear for language and meter, Lewis recognized that the New Testament didn’t contain the stylized and carefully-groomed qualities one would expect in any myth-making culture. Lewis writes, the Gospels

“appeared to be simple, eye-witness accounts of historical events primarily by Jews who were clearly unfamiliar with the great myths of the pagan world around them . . . I was by now too experienced in literary criticism to regard the Gospels as myth. They had not the mythological taste.”

Lewis continues, emphasizing that the Gospels were different from anything else he had ever read in ancient literature:

“Now as a literary historian, I am perfectly convinced, that whatever else the Gospels are, they are not legends. I have read a great deal of legends and myth and am quite clear that they are not the same sort of thing. They are not artistic enough to be legends. From an imaginative point of view, they are clumsy; they don’t work. Most of the life of Jesus is totally unknown to us and no people building up a legend would allow that to be so.”

And so, as an expert in ancient documents and languages, he began to wonder. If these aren’t myths and legends, then what are they? Were they truly eyewitness accounts of historical events that actually took place? Here we have this brilliant man, C. S. Lewis, an expert in ancient literature, a man of integrity and great education, who, for so many years, had dismissed the Gospels – the most influential body of writing in the Western world – simply because they sounded so unconvincing and without merit.

Everything changed, however, when Weldon, his trusted friend and colleague, an atheist with absolutely no trace of bias or hidden agendas, admitted that he found it highly likely that the Gospels present historically accurate accounts of the life of this man Jesus.

Historical facts are recorded imperishably in the pages of human history. Those who are willing to honestly examine them will find compelling evidence that Christianity is true.